The study adopted ex post facto design. Using ship traffic, vehicle traffic, berth efficiency, turnaround time as input explanatory variables and output factors as average throughput to compare the pre concession and post concession. The six Nigerian ports: Tincan Island Ports, Apapa Port, Port of Delta Warri, Calabar Port, Rivers Port and Onne Port were sampled. It is observed that year 2014 is the most efficient year out of the 36 operation years in terms of output maximization with constant levels of inputs under the study period with score 1.0 respectively serving as 32 times benchmark for other years. It is observed from that Tin Can Island Port was technically efficient in the operation years of 1980, 1981, 1985, 1995, 1997, 1998, 2009, 2013, 2014 and 2015 with score 1.0. However, the most efficient operation years are 1998 and 2013 while the most inefficient year is with efficiency score 1.0. The post-concession years that the port was technically inefficient are 2006, 2007, 2008, 2010, 2011 and 2012. 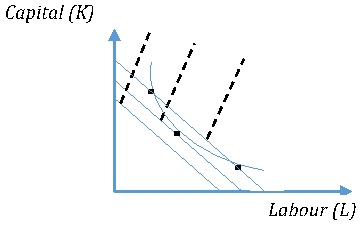